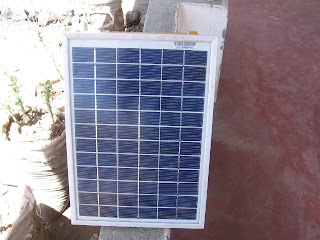 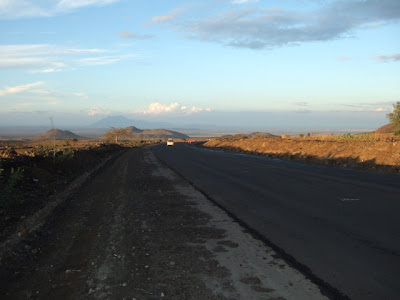 The new constructed road from Arusha town passing through certain villages like Rengijave, oldonyosambu and Longido up to Namanga and then Nairobi Kenya, is almost finished which lies about 109 kilometers between Arusha town and Namanga the border. After being finished the road will be helpful so much for all the villagers of Oldonyosambu in social economic activities, cause easier and fast transport will be available from our villagers linking to this two big cities of Nairobi Kenya and Arusha in Tanzania. Knowing that Arusha is the capital of East Africa Community which is the union about five nations of Kenya, Tanzania, Uganda, Rwanda and Burundi, in one or other way the road construction after be finished the ways of communication will be nice and reliable and the connection between Tanzanian and Uganda through Nairobi Kenya will be well established, womens and small economic groups in our villages among of them Oldonyosambu will now be in the refresh way of doing some small businesses along the road for passengers, big transportation tracks, and tourist will be increase passing through the high way and let small and individual businesses to be effective.
Oldonyosambu womens groups tends to make handcrafts, cooking foods, and other farming horticulture harvests will be sold along the road to Nairobi as well as Arusha in Tanzania. Before there is a old road constructed with the colonies in 1970's for their interest but the road was so narrow for passing two vehicles and hardly corrugated with holes between which restrict fast movement. 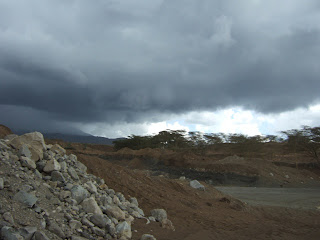 In other side the construction of the road leave the environment destruction in some areas, due to mining of the rocks and suitable soils for engineers using for construction, some of the villagers complain for this activities of mining to take place within our village lands, but in other way no way out cause the road will be much helpful rather than leave the land without mined, even so the government took an analysis and investigation evaluation to determine if the soil destruction and the road construction which will be important and not leave other side be affected. So the results shows that the soil destruction will not be affected even the soil will be mined for the road purposes. (from willfred oldonyosambu village) found more through this email address; laizer2008@yahoo.com
Posted by COMMUNITY ENERGY RESOURCE CENTER OLDONYOSAMBU WARD at 12:48 AM No comments: 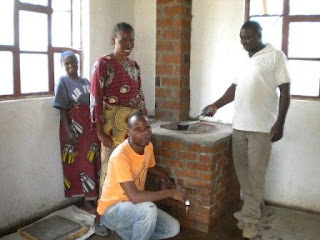 Tungaraza project jiko janja fundi together with the community womens while finishing the jiko at oldonyosambu secondary school, this jiko built in help of the project funds, in sustainability of provision of reliable energy. 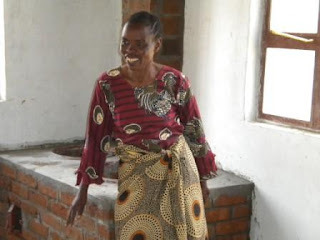 Joyce she was happier after finishing the construction of the jiko janja, now the school student together with teachers they will be able to cook faster. 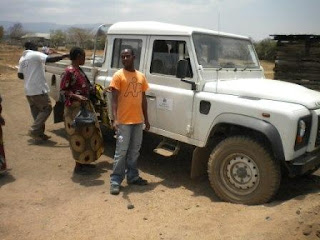 After finishing they prepare themselves to leave the oldonyosambu secondary school. Mood the driver and the project track is ready to provide the transport back at home.
Posted by COMMUNITY ENERGY RESOURCE CENTER OLDONYOSAMBU WARD at 12:48 PM No comments:

WILL COMMUNITY TEACHERS BE CONNECTED WITH FIBER CABLE? 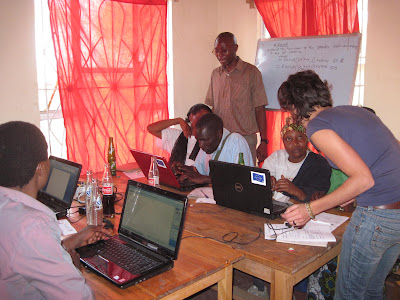 In recent years it has become apparent that fiber-optics are steadily replacing copper wire as an appropriate means of communication signal transmission. They span the long distances between local phone systems as well as providing the backbone for many network systems. Other system users include cable television services, university campuses, office buildings, industrial plants, and electric utility companies.
The fiber optic cable is not like the normal copper wire cable, this cable is transmit signal using the light emitted diode  which is faster like the sunlight, through the fiber optic cable communication through ICT will be faster and may be will help to let AFRICA (TANZANIA) inside of the well communication world.
INTERESTED POINT:
The cable just pass about 200 meters from the Community energy resources center (CERC) and about 1.5 km to oldonyosambu secondary school, this two points are one of the ICT help community entity in oldonyosambu ward, which BESTRAY through EUROPEAN UNION fund provide the ICT training in helping and strengthening the community to educate and improve their social economic activities through renewable energy as well as information communication technology. but where the cable comes from; it pass from Kenya since connected from the EUROPEAN countries as far as AMERICA into Africa and now Tanzania.
Project computer trainer buremo charles (buremoc@gmail.com)
Posted by COMMUNITY ENERGY RESOURCE CENTER OLDONYOSAMBU WARD at 2:02 PM No comments: 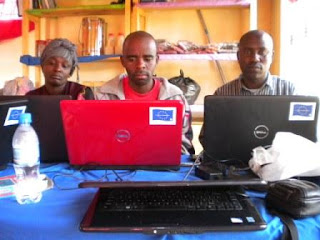 Computers have brought about a revolution across all industries. They have changed the face of society. They are no longer specialized tools to be used by specially trained people. They are ubiquitous and used in almost every sphere of life. Computers are the best means for storage and management of data, they can serve as huge knowledge bases and can be harnessed for all sorts of financial transactions owing to their processing power and storage capacities. As computers are a daily utility, they have gained immense importance in day-to-day life. Their increasing utility has made computer            education the need of the day.
Computer knowledge coupled with certain other job skills increases one's chances of getting a job. Those with knowledge of computers are considered trainable for many kinds of jobs. As most of the jobs involve the use of computers, computer education is an eligibility criterion for almost all of the modern-day jobs. Higher education involving network administration, hardware maintenance or software skills open doors for brighter job opportunities.
Through various project implemented by OIKOS EAST AFRICA (BESTRAY PROJECT), the remote ward of oldonyosambu now emerge in a new technolgoy of using a computer,  as time goes up all people will manage to use the computer: read news and mails and writing using the computer.
WE ARE WELLCOME ALL PEOPLE TO COME AT OLDONYOSAMBU CERC TO GET A      COMPUTER KNOWLEDGE AND RENEWABLE ENERGY ADVICE.
ASANTE
Posted by COMMUNITY ENERGY RESOURCE CENTER OLDONYOSAMBU WARD at 3:31 AM No comments:

OLDONYOSAMBU WARD is located to the west side of Arusha Municipal, the WARD is on the foot slope of mountain MERU, where there is full of dust during the dry seasons. here amount of annually rainfall is minimum compare to the other places due to its natural located to the leeward side of the mountain.
Small bushes, trees, big and small valleys are likely to be seen when you are at oldonyosambu ward, here in oldonyosambu ward there is three villages which are; 1.Losinoni, 2. oldonyowass. 3. lemongo
Two dominant tribes which can be found to our land are the MERU's AND MAASAI's, which their main activities are Agropastrols; which is agriculture and livestock keeping, in agriculture we are doing maize and beans horticulture which we are doing mbogamboga's (vegetables); in livestock keeping we are doing cows, goats, sheep, donkeys, dogs, cats and poultry.
The source of energy to the community people who are living to oldonyosambu ward are, firewoods, charcoal and cow dungs. which sometimes cause the hazardous on environmental degradations, where cuts of trees, small bushes sometimes are likely happen which lead to soil erosion.
In other side OIKOS through the BESTRAY project is helping us, the community to improve and gain the environment management through provide the renewable energy which helping in reducing the environmental degradation.
Villagers they had an opportunity in studying the COMPUTERS and get more information through all the world by using the INTERNET and looking to other sites and learn what other people are living in different side of the world. so we get an opportunity of learning how to use the computers, cause we had now a source of the energy through solar panels which enabling us to generate electricity.
THIS IS HOW WE ARE IN OLDONYOSAMBU WARD.
WELLCOME TO OLDONYOSAMBU WARD
ASANTE.
Posted by COMMUNITY ENERGY RESOURCE CENTER OLDONYOSAMBU WARD at 12:56 AM No comments: 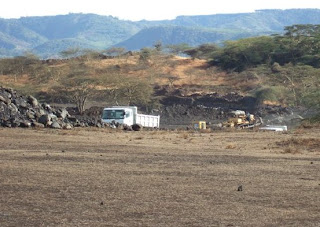 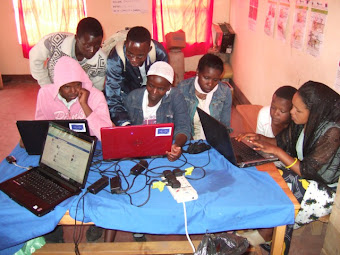